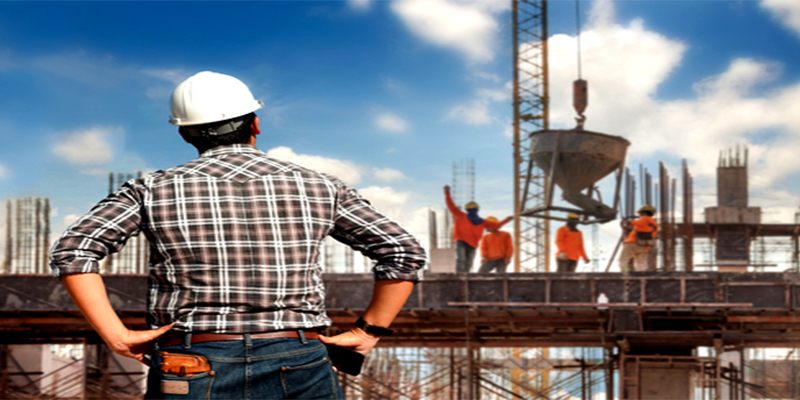 The issue of construction by qualified executives may be a new topic from the point of view of many people, but it should be said that the use of the services of competent executors has long been discussed in the current laws in the field of urban construction, but due to lack of preparation It has been addressed and implemented.

Who is the competent executor?

Pursuant to Article 10 of the Executive Regulations of Article 33 of the Engineering System Law, the executor of a building is a natural or legal person who has an employment license from the Ministry of Roads and Urban Development (Housing and Urban Development) in the field of construction and in the form of a contract with the building owner. Assumes the subject of the contract.

What buildings need an executor?

Description of the duties of a competent building engineer

Pursuant to Article 6 of the Instruction on the Activities of Housing and Building Builders, all responsibilities for the implementation of the building, as mentioned in the Law on the Engineering and Building Control System, the executive bylaws and the resulting procedures, are the responsibility of the real and legal builders.
Construction contractors must ultimately be accountable to the employer, the licensing authority, the building control authority, the oversight body, and the supervisors.
However, if we want to provide a brief job description for the competent contractor or the building contractor, these duties can be divided into two parts:

A) General or legal duties:

This category of responsibility is assigned to the building engineers by the current laws in the field of urban construction, and in this regard, this group of duties is called legal or public duties. According to the second article of the national regulations as well as the general conditions of the contract, the competent executor has the following duties:
• Monitoring of plans, including compliance of plans with the specifications contained in the permit, urban planning rules and national regulations, before the construction of the building
• Executive planning of different stages of implementation and notifying the supervisor and owner
• Observance of safety principles in the workshop by the persons involved in the implementation and also the general safety of the workshop
• Coordinating with supervisors and the owner and implementing in accordance with the rules and technical specifications at each stage of the work
• Use of qualified engineers, technicians and architects and contractors
• Preparation and signing of three complete plans such as construction or asphalt at the end of the work and receiving the approval of relevant supervisors
• Purchase and use of standard materials approved by the competent authorities
• Concluding contracts with approved and qualified teams
• Controlling the executive stages of the building based on approved plans and permits and urban planning criteria, etc.
• Observance of the private terms of the contract and the specifications contained in the license and approved plans
• Observance of all laws governing urban construction, including national regulations, urban planning rules and legal directives issued by relevant authorities
• Execution of the subject of the contract in accordance with the principles of engineering and appropriate quality and use of quality materials within the declared standards

Another factor that can lead to obligations and liability is the contract concluded between the owner or owner of the building and the contractor, which are referred to here as contractual duties. As mentioned above, the competent executor enters into the construction of the building in the form of identical contracts with the owner.
Identical contracts are contracts that have the same format and are prepared and compiled by the provincial organization and registered by the parties to the contract in the office and delivered to the provincial organization and the licensing authority.

However, according to Article 4, Chapter 8, Section 2 of the National Building Regulations, building construction contracts are divided into three categories:
1) Contract management contract
2) Construction contract with materials
3) Contract for construction of a building without materials
However, since the selection of executive teams, materials, payment of wages and costs of purchasing materials is generally done by the owner or builder and generally the competent executors are not involved, engineering organizations in some provinces have prepared a new format for concluding a building contract. Construction management or management contract on execution.
Each of these contracts has obligations and responsibilities for engineers and owners, and the parties to the contract must act within the framework of these obligations and responsibilities and perform the construction of the building.
However, the construction management contract has given more freedom to the engineers than the first three categories of contracts, and it can be said that some of the legal responsibilities of the executors in the first three categories have been assigned to the builder or owner through correspondence and documents.

After the use of the services of competent executors became mandatory in the country, protests were raised by the builders and the law of competent executors was annulled on several occasions by the Court of Administrative Justice. However, with the follow-up of the Provincial Organization and the Ministry of Roads and Urban Development, the law on the use of the executor was approved and announced again. [/ Vc_column_text] [/ vc_column] [/ vc_row]